The SIG FOUR-STAR 40 and FOUR-STAR 60 ARFs are coming back on the market very soon and will incorporate some significant upgrades.

All the control surfaces (ailerons, elevator, and rudder) have been enlarged for better control response at slow speeds.

The Canopy has been streamlined for a sleeker appearance. That’s another change that many Four-Star pilots have been making on their own for many years – replacing the original “high bubble” canopy for a lower one. However, if you still prefer the traditional bubble shaped Four-Star 40 canopy, you can still get that as an option. They both fit perfectly!

Other upgrades include a molded Fiberglass Cowling and a removable Hatch on top of the fuselage for quick access to the battery/tank compartment. Also the top of the fuselage between the canopy and the fin (the turtle deck) is now fully sheeted with balsa for smoother appearance and greater strength. 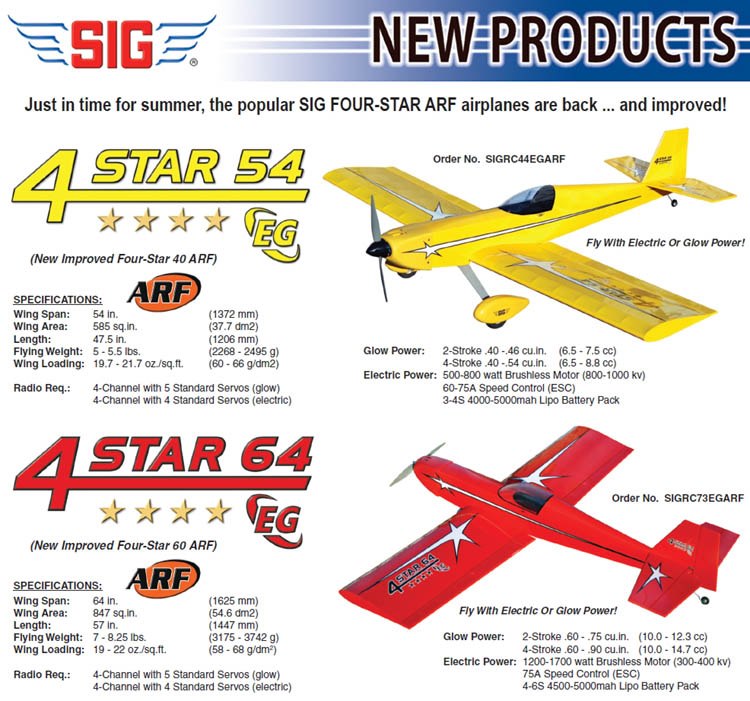