An electric event in more ways than one! 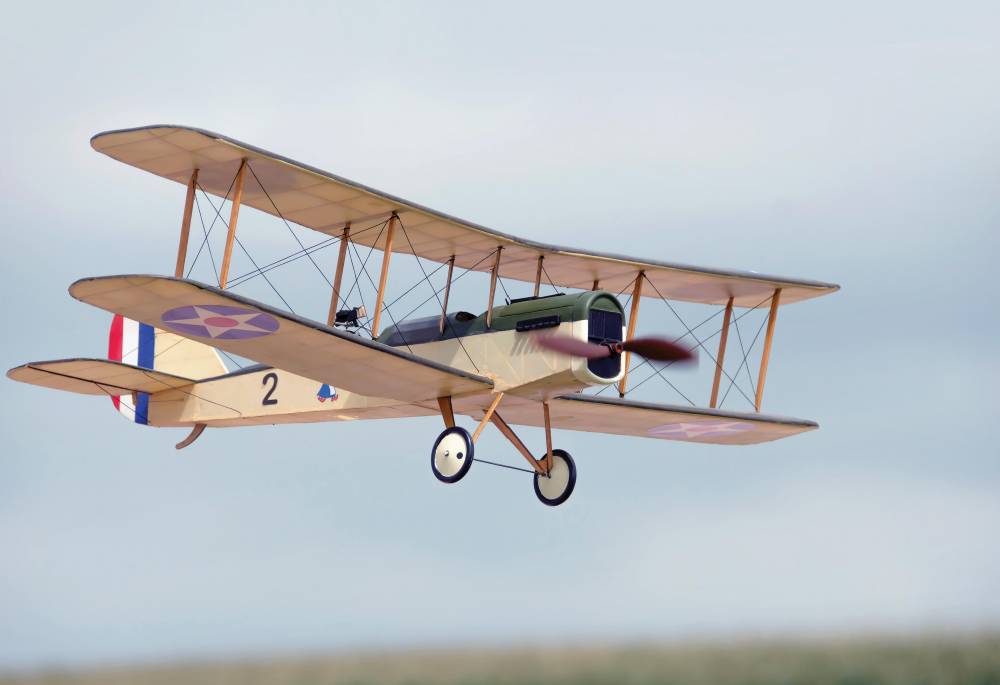 I had been thinking of attending WATTS for a few years and everything lined up nicely this year so off to Minnesota I went. I only fly electric aircraft, so this was an event that was perfect for me. It runs from Thursday to Saturday, with open flying on the Sunday if you’re still there. The location is Karen’s Field, just south of Owatonna and home of the South Minnesota Model Aircraft Club (Anyone want to talk SMMAC?). It’s a good-sized flying field with great sightlines and the sun at your back all day. They have a 650-foot simulated asphalt runway, making for a surface that will suit any size model. As well, they have a number of electric outlets situated along the flight line, so nobody was left wanting for charging power.

There is ample room for camping, but if you want to run an air conditioner, best bring a generator. I mention this, as three of the days were over 100 degrees with humidity factored in. There is also a park with play structures, so don’t hesitate to bring the whole family. The town is a short ten minute drive and there are plenty of hotel accommodations available as well. They encourage people to show up early and folks arrived throughout the day Wednesday. Pilots used the opportunity to get in some first flights before the event and generally warm up their thumbs. As I wandered around I struck up several conversations. How can you not when surrounded by people just like yourself who are doing something they enjoy? 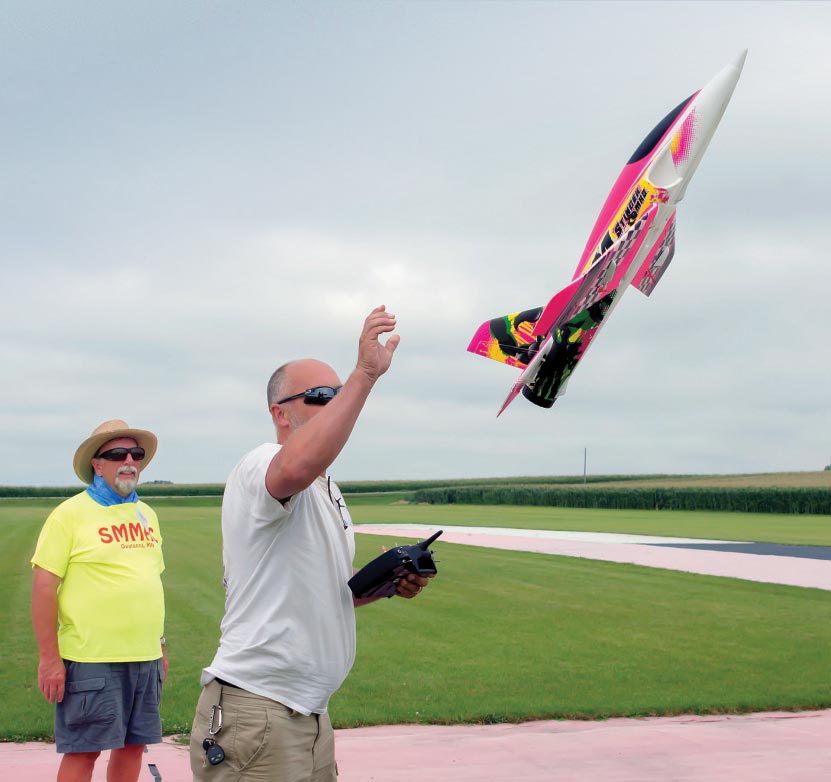 Thursday morning was clear and warm, with the promise of being the hottest day of the week. The pilot meeting was held and the organizers stressed the importance of staying hydrated and out of the sun when possible. Flying commenced promptly, with room for seven pilots and their spotters at the flight line. The morning saw a lot of action and people continued to arrive for the meet. Something that struck me throughout the event was how friendly and welcoming the club and organizers were. I’ve known Steve Mills (Contest Director) and a few of the other members of SMMAC from spending time with them at SEFF for many years and they ran a terrific event. The entire group was very friendly and everyone was watching out for each other, as the day got hotter and hotter. Everyone kept an eye out, to ensure that the heat didn’t adversely affect anyone’s enjoyment of the event.

Another thing I noticed was the number of varied aircraft being flown. For the last few years whenever I have attended an electric event, the majority of the aircraft in the air at any given time were foam ARF’s and some other balsa covered electric offerings as well. At WATTS there were a large number of electric conversions as well as plan built aircraft in attendance. Flights continued throughout the day Thursday, with people staying under their shelters except to fly. A friend commented that normally pilots hope for little wind, but with the heat any breeze was welcome! A food vendor was on site, but a lot of people found their appetites suppressed, although later people did gather around barbecues and shared their suppers. As it got dark the bugs came out and after the heat of the day, not many were interested in night flying.

Friday promised to be another hot one, but this did not deter anyone from flying. The breeze did not affect the flying, and helped to manage the heat. The morning was filled with more sport flying, and at the left end of the field there was an area set aside for small park flyers, which was well used throughout the day. At lunch there was a combat event and although the number of participants was not great, there was a lot of contact! I can’t tell you who won, but the melee was thoroughly enjoyed by the spectators and pilots alike. There was more sport flying again in the afternoon, as well the raffle drawings, which commenced with two sets of draws. There were numerous prizes to be won, generously donated by the event sponsors which included Hobbico, SIG, RA Cores and Mountain Models. Although only a few of the vendors were in attendance, they seemed to be doing a brisk business. The wind picked up around suppertime and the discussions around the field turned to the weather forecasts. Saturday they predict- ed a line of storms coming through the area, with high winds as well. Some flyers decided to pack up and start to head for home, but the majority stayed to see it through.

Saturday morning started out okay, but shortly after nine o’clock the predicted storm arrived at the field. After about 45 minutes of rain, it started to let up. A pilots meeting was held and the organizers made a couple of decisions. The rain was forecast to continue as drizzle for the next couple of hours, so they decided to complete the raffle at 11 o’clock so people could leave if they wanted to. The planned barbecue was cancelled and the money refunded to those that had purchased tickets.

After the raffle was completed some people did decide to leave, but a number stayed as well. What do a bunch of bored pilots do when it rains? Hold court to tell stories or move inside to build something. I decided to join one member and help him build a new wing for a foam airplane in need of repair. Additionally, Steve Mills got out his laptop and cut some vinyl decals while showing interested people how the cu er worked. Late in the afternoon the SMMAC executive announced that they would be ordering pizzas for those who had stayed and the club generously decided to pay for them. When they arrived, everyone contributed to offset the cost to the club – another example of the great feeling of community shared at this event.

Sunday proved to be the most pleasant and enjoyed my flying, but even more, I enjoyed meeting so many new people that I now consider my friends. It was a warm, welcoming atmosphere and I was made to feel that it was my home for the time I spent there and for those reasons, I will be back. My overall impressions? I’m really happy I went. SMMAC has a wonderful facility and it’s a great place to fly. The people who ran the event do it well and are very considerate of the pilots who a end and what their needs are. This is an event that you should put on your list if you live anywhere in the mid-west and if you come from further afield, don’t be surprised if they adopt you!

Share
Previous E-Flite Commander mPd
Next Warbirds Over the Rockies