Another milestone in Aerial Photography and Cinematography has been reached with the release of the DJI Spreading Wings S1000. The new S1000, when equipped with a flight controller like the DJI A2, weighs only 4kg and has a maximum takeoff weight of nearly 11kg. This makes for a very stable, heavy lift camera platform.   Both the frame arms and the retractable landing gear are made from lightweight carbon fiber, which creates high structural stability. The S1000s eight arms can be folded and the high performance propellers tucked in, simplifying transport of the S1000. Flying is as easy as lifting the frame arms up, locking them in place and powering up the system. This simplified process greatly saves on pre-flight prep time.

The ZENMUSE Z15-5D Gimbal offers advanced camera stabilization for smooth footage, precision tilt, and position control from the ground. The new LightBridge offers full HD video downlink compatibility, offering a high definition image of what the camera sees while in flight. Both the gimbal and battery system are mounted to the same bracket, with dampers placed between the bracket and the frame. This significantly reduces high-frequency vibrations and makes shots clearer and sharper.

The new DJI Spreading Wings S1000 is now available for flight demonstrations at Atlantahobby.com and the Atlanta Hobby warehouse. 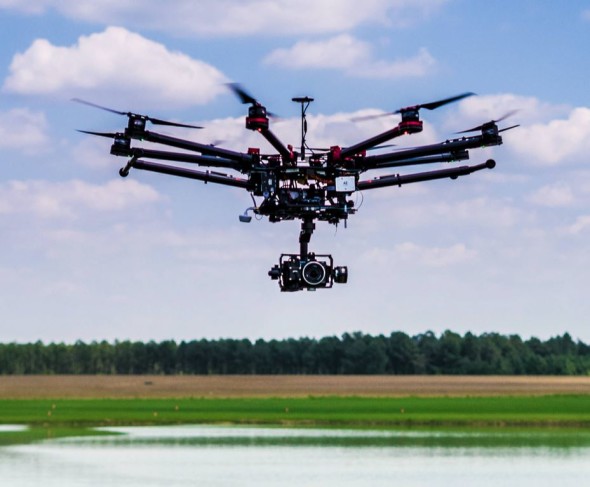