Jamey Tucker, a video journalist and producer of Postively Tennessee, recently stopped by Hobby Express and did a segment on their Telemasters.  Jamey is not only a news journalist, but is also an avid flyer. The segment focused on the fact that although manufacturing and construction of the planes had been taking place in China for many years, Hobby Express had recently succeeded in bringing it all back to Middle Tennessee. The short video segment also featured Kurt Cleveland, president of Hobby Express, telling News 2 they are easy to build by simply following the instructions. His daughter is building one right now at their home. Cleveland remarked: “She’s 11-years-old. She goes to Lipscomb Elementary and she’s building it all by herself. She’s going to have hers in pink. She’ll paint it Mina day glow pink because that’s what she decided and that’s what everybody on Facebook thinks is the right answer.”

The full video can be viewed HERE 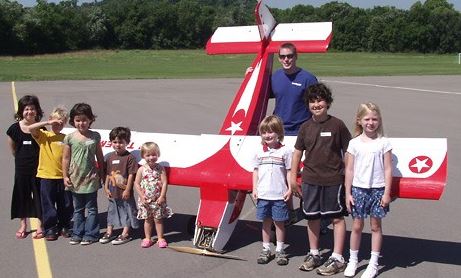