Designed to operate from aircraft carriers and/or land-based facilities, the F4U-1D Corsair was a force to be reckoned with to the Japanese during WWII. With its gull wing design, impressive looks and power, the Corsair was one of the most recognizable WWII aircraft.

The Hangar 9® F4U-1D Corsair is a giant-scale masterpiece for 60cc power plants that delivers scale details worthy of being called competition grade. Its scale outline, impressive scale appearance, and Hangar 9 performance, make this an exciting warbird to show off at the field. The construction is primarily wood with fully balsa-sheeted areas, but the outer wing panels and control surfaces (except the three-panel flaps) feature exposed ribs like was done with the full-scale fighter. The three-piece wing features a robust fiberglass structure in the center which houses the custom main retracts built by Robart Mfg. (sold separately). A retractable tail wheel option is available from Hangar 9 as well as aluminum spoke wheels that set off this amazing model in an inspirational way.

Out of the box, it comes finished in genuine UltraCote® covering, fiberglass cowling and wing center section that are painted to match. You also get scale details like a full depth cockpit, hidden tail and flap control linkages, scale rib detail, scale 3-panel flaps, dummy radial engine, sliding canopy and so much more. Optional scale accessories include scale tail wheel, main wheels and retracts that operate with pneumatic or electric mechanisms, droppable bombs or fuel tanks, scale 3-blade display prop and optional navigation lights. A wide range of choices are available for power; there’s the ease and economy of a 50–60cc two-stroke gas engine, sound and torque of a twin-cylinder 57cc four-stroke, or the realism of an Evolution 777 four-stroke radial. The hardware package included is very high-quality and complete as possible no matter power system you favor so you can get to flying this magnificent warbird quickly. 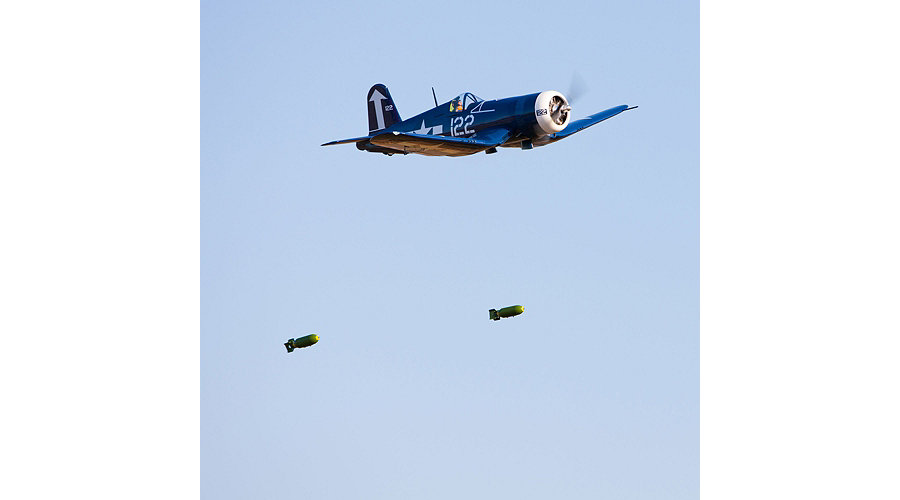 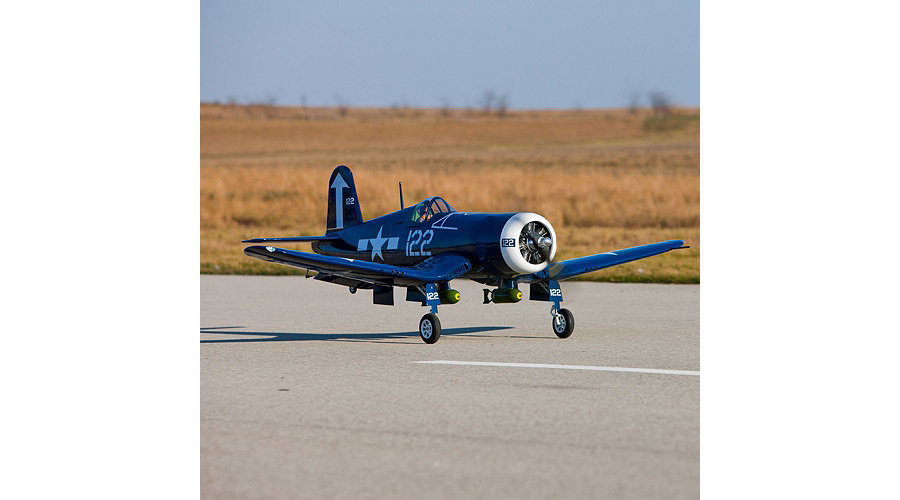