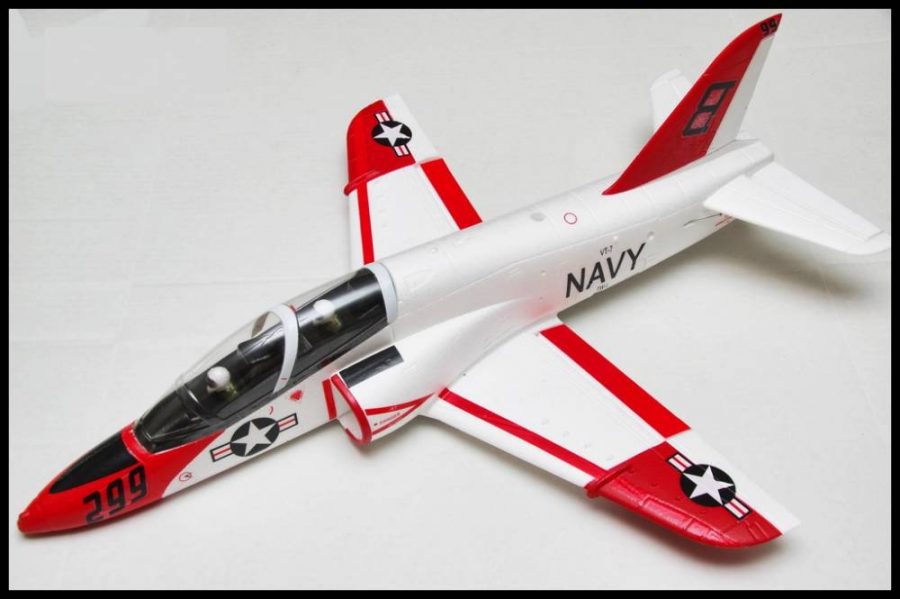 EDF jet loving pilots who like to go fast don’t always have to spend an arm and a leg to do so. Sky Angel has been producing a series of foam composition 50mm jets for several years. Aircraft modeled include the T-45 Goshawk, L-39 Albatros, F-16 Falcon and F-18 Hornet. The stock 50mm EDF power system often included with these wee jets uses a 20 amp speed controller and a typically out of balance five bladed impeller and requires a 3S 850mAh LiPo. Performance on the stock power system is lethargic at best. Transplanting a high blade count impeller equipped 50mm EDF power systems can ingest new life and performance into these little jets and do so without breaking the bank. We recently grabbed both the T-45 and F-16 from Banana Hobbies. Banana markets them under their “BlitzRC Works” moniker. Though these models have become increasingly hard to find in the last year or so, Banana recently replenished much of their inventory. Pilots can either opt for the ARF version, which includes the stock 50mm power system and two or three inexpensive 9 gram servos, or an airframe only version which is the foam airframe only. 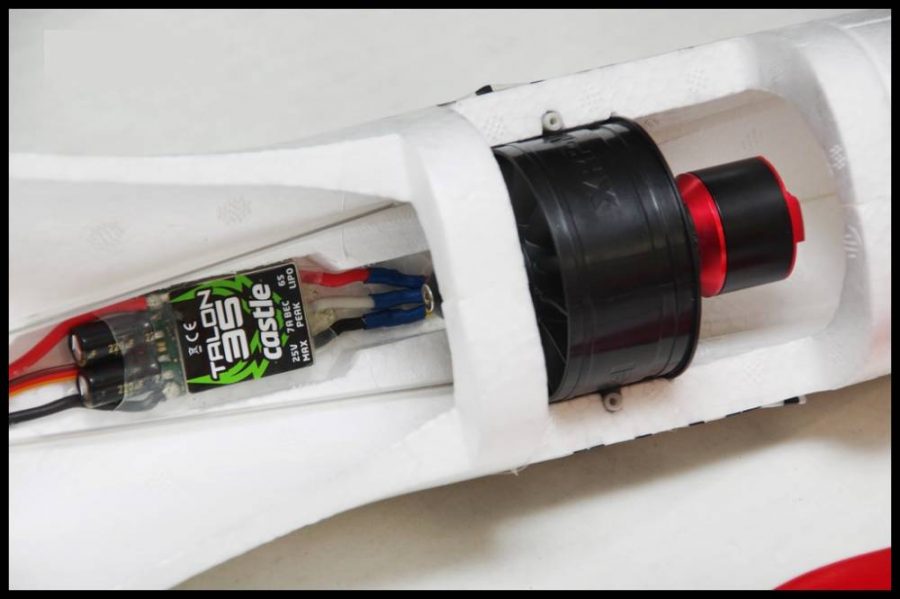 We like the latter choice, as it allows us to use our own tried and true components. Our favorite fan is the XRP 11 bladed 50mm EDF unit. It uses a 4200Kv brushless outrunner and can be flown on either a three or four cell LiPo. Specified thrust on the latter is 750+ grams, at a current of 36-37 amps. The Castle Creations Talon 35 ESC is a perfect match for the XRP fan. Its compact form factor allows it to slip handily into these often space challenged models (it will need to be set to high timing for best results with the XRP fan). Squeezing a 40C 4S 1000mAh LiPo into these jets often requires a little foam removal and careful planning but the results are worth it. With this power system installed in our T-45, we clocked top speeds of 90-95 MPH! The diminutive dimensions of these jets make them seem even faster. With a little restraint on the throttle stick, we manage flight durations of three to four minutes. Once trimmed, hand launches are a no-brainer and the jets can be slowed nicely for belly landings.