The Second Annual Helicopter Scale Masters event is now in the books and what a second year it was! Event organizer Gonzalo Martinez arranged a diverse number of flying demonstrations from both scale and full size aircraft, while at the same time leaving plenty of time in the schedule for open flying. One of the highlights of the day on Saturday was the arrival of a full size Huey. It’s entry into the area was followed by a low altitude pass right down the runway! Other full size helicopters included a CalStar McDonnell Douglas MD-900 Explorer. 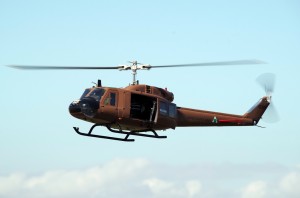 Attending helicopter enthusiasts were also treated to a sampling of fixed wing aircraft demonstrations, thanks to pair of turbine powered jets and a 50cc aerobatic monster biplane. There were plenty of scale helicopters at the event and there was seldom a moment when several of them were not in the air. These included turbine powered models, electric powered models and nitro powered helis too. Proceeds from the event went to a fund to help find a cure for Autism.